Photo Session with a Downy Woodpecker 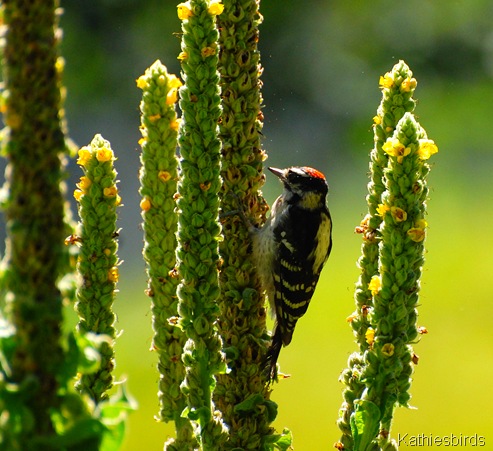 Yesterday I when I was leaving to go count birds at the park I saw this Downy woodpecker on a Common Mullein Stalk in my front yard. Not wanting to scare it away, I decided to go out the backdoor instead and then I decided to see if I could sneak up on it with my camera! So, I grabbed my D80 with its 70-300mm lens and crept quietly out the back door. I slipped slowly along the side of the house until I was behind a bush and started snapping away. The little downy didn't seem to notice me at first, and then it didn’t seem to care. whatever it was after in that flower stalk had its attention more than  did. Eventually I was able to creep even closer. I set the camera on center-weighted metering and worked my way around to try to get the sun out of my lens and eyes since it was almost 11 a.m. and I was facing south! 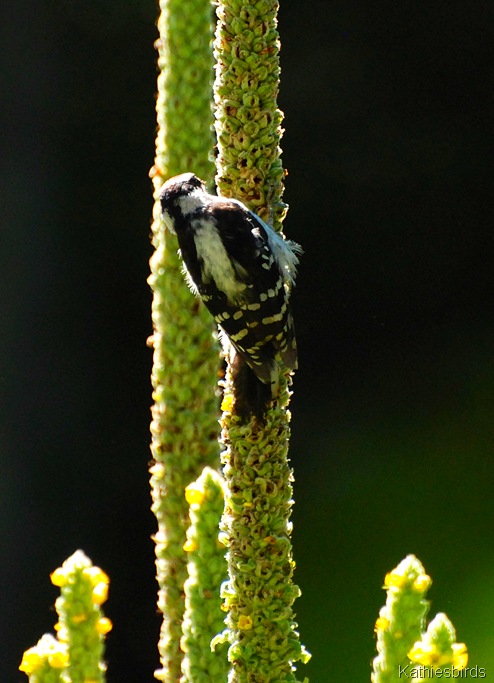 For the next 15 minutes I snapped away, taking over 160 photos! In all that time the downy never flew off but continued to work its way around the flower stalk and up and down it’s length. I have no idea whether it was eating seeds, insects, or sap but whatever it was after, it loved it! I finally decided I had enough pictures and brought my camera back inside. When I came back out the bird was still there and didn’t seem to mind as I slipped past it and crossed the street! 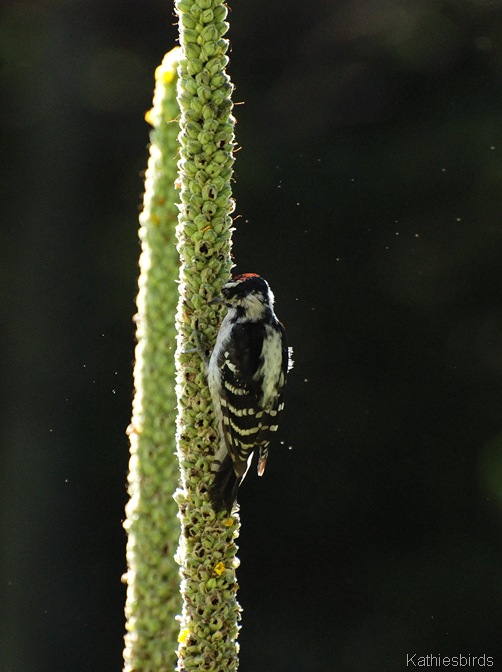 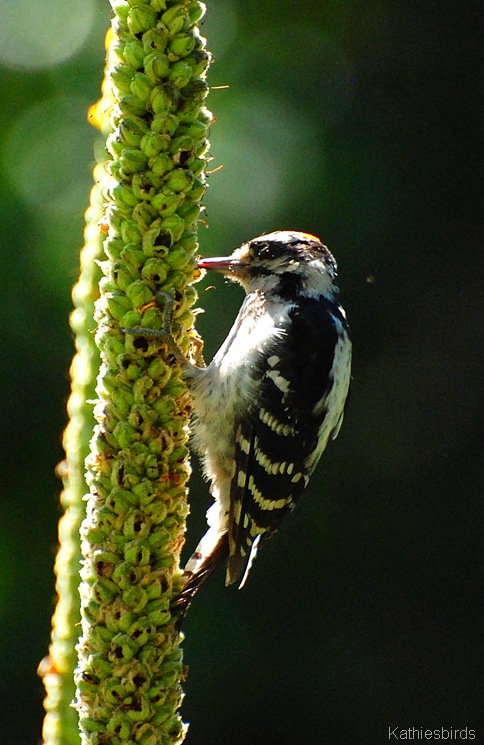 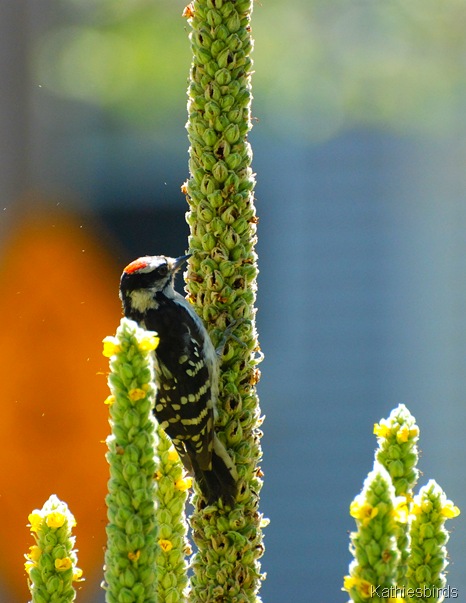 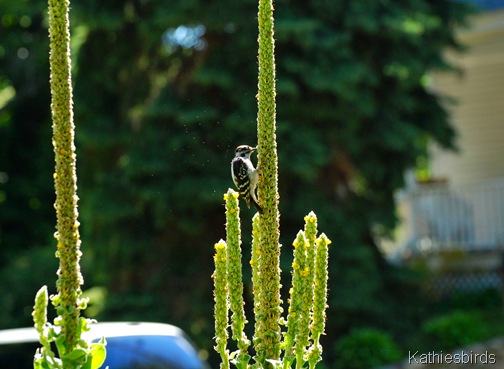 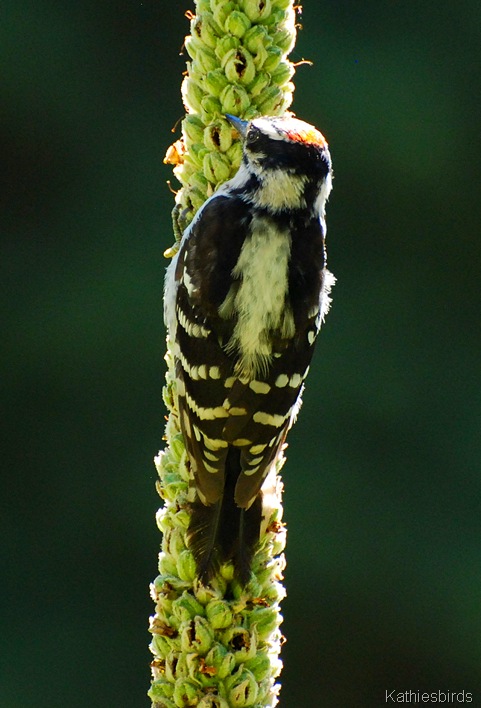 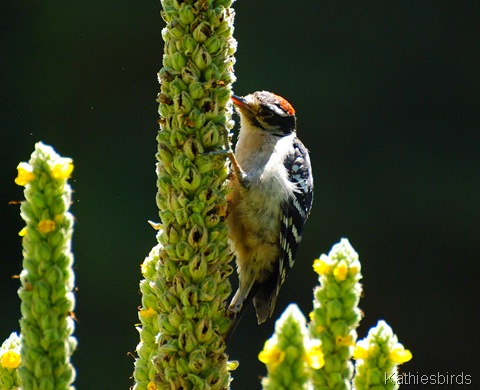 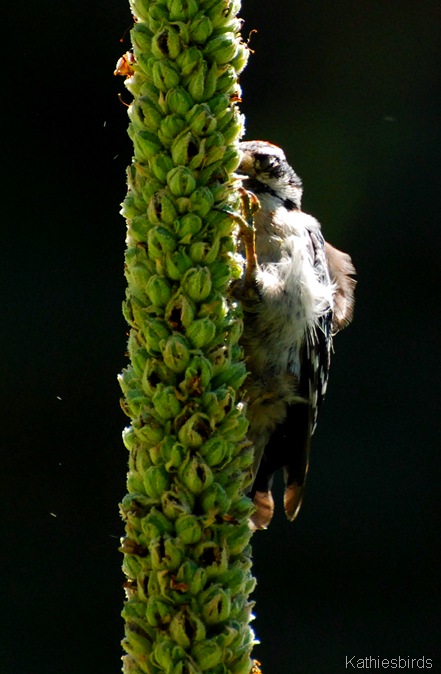 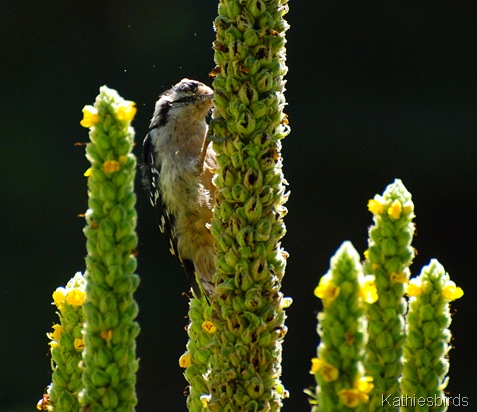 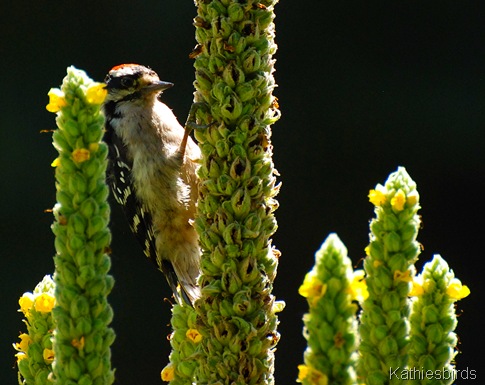 These mullein plant grew wild in the front yard and are over 5 feet tall. I did not know that birds would eat them and was fascinated by this activity. You can read more about common mullein by clicking on the link below.