A Visit to Maine: Family 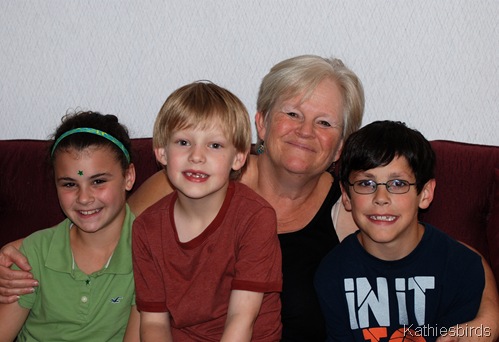 Of course, my trip to the east coast had to include a drive up to Maine to visit family. While Gus and I lived in Massachusetts he managed to take a drive to see his parents at least once a month. Usually I was with him but there were a couple of times I could not go. Though Gus was not with me this time, I made the trip with my mom. We spent the night at her cousin’s house near Portland, then I took the drive by myself up to Norridgewock the next day. It was cloudy, rainy and cold. Not very good birding weather, so I did not stop anywhere along the way, but went straight to the house. My son and his wife drove down from Bangor and joined us, but as you will soon see, this visit seemed to be all about the cat! Just after we moved away my in-law's cat died. They were heart broken and said they would not get another, but the house was too empty and within a week they had a new kitty in their lives. Gus and I had never seen the cat, so I was anxious to meet it. The grandkids were ecstatic as they are all cat lovers as well! 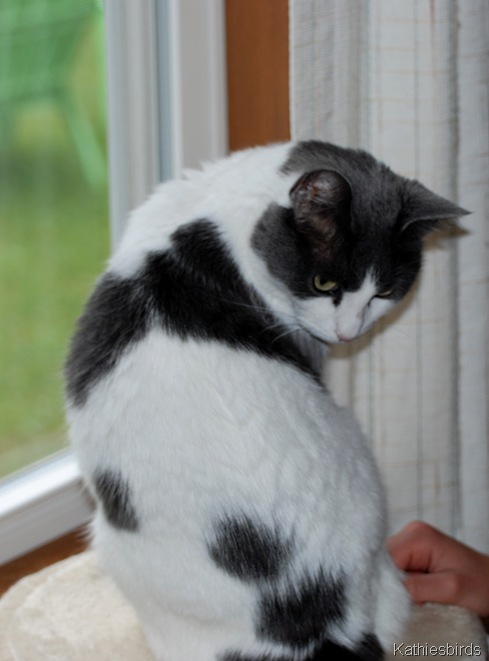 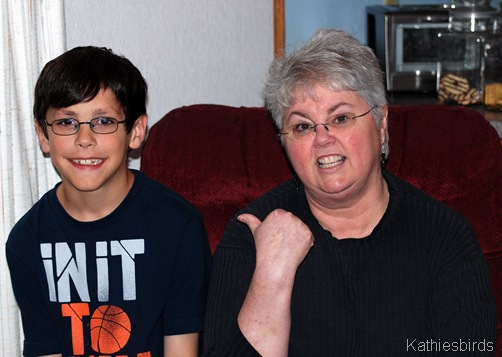 Crazy (as in, crazy fun!) Aunt Doreen and my grandson, Trey. 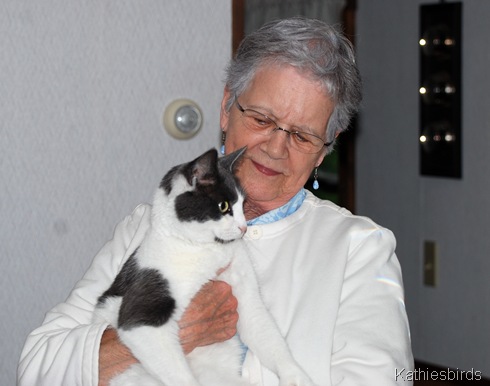 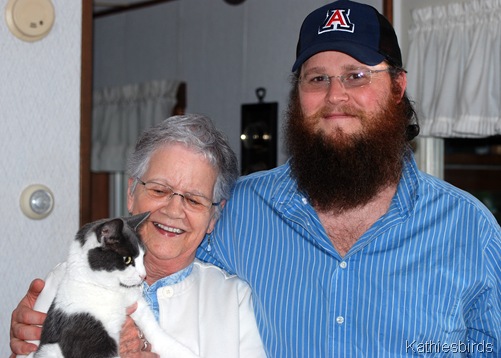 Grammy, my son, Chris, and Paws 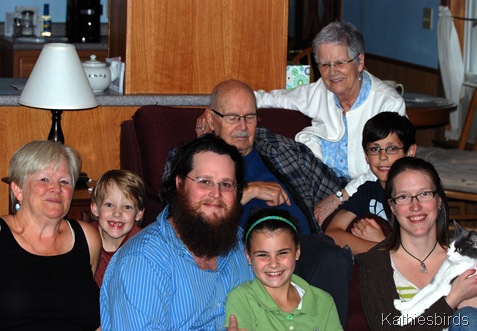 The Family and Paws 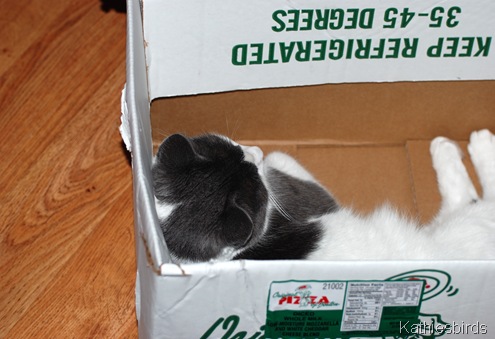 Paws was adopted from a local animal shelter and now lives the life of Riley! He rules the house and goes where he wants and is nearly loved to death. In my opinion he is the best cat my in-laws have ever had as he is the most friendly cat they have ever had! I wish them all a long and happy life! It was great to see my kids and grandkids. I did do a brief bird count in the yard but it was so rainy that I did not see many birds. Besides, this visit was really all about family…and the cat!