While visiting Connecticut this summer my sister and her husband took me along one morning to the Norman Bird Sanctuary in Rhode Island. While they were going there to do a road race I went off through the sanctuary to count birds. I had never been here before and found it amazing. Before this day I had only counted birds in Rhode Island at Misquamicut and my Rhode Island Bird list consisted of about 20 species of birds. I had high hopes that I would significantly add to that count today. 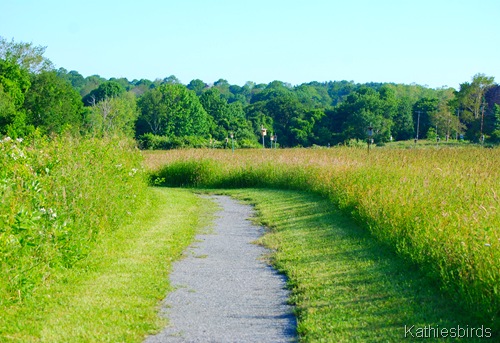 I followed the path through a green meadow filled with swallows! 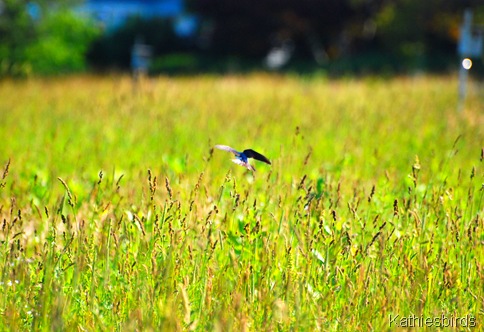 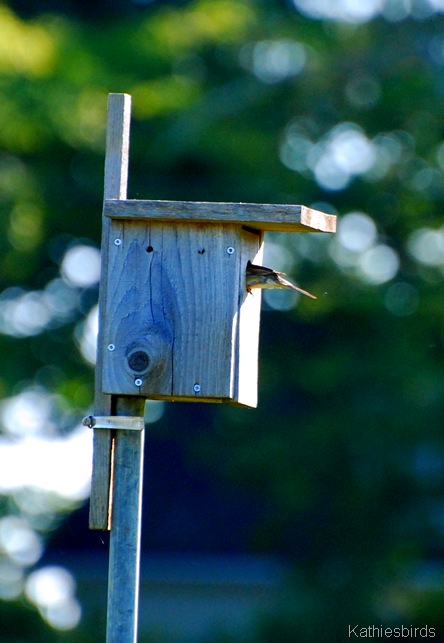 While tree swallows occupied most of the nest boxes, there were a few with House Sparrows inside! 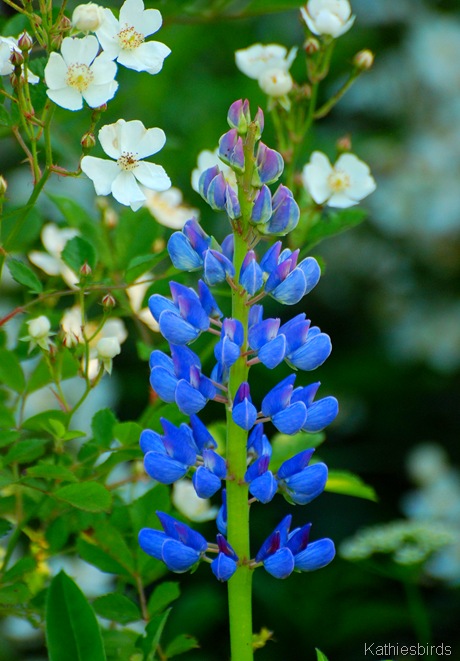 I loved seeing lupine in bloom! 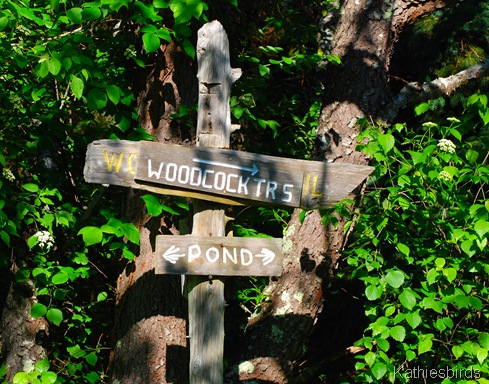 I followed the path down through the woods with robins everywhere… 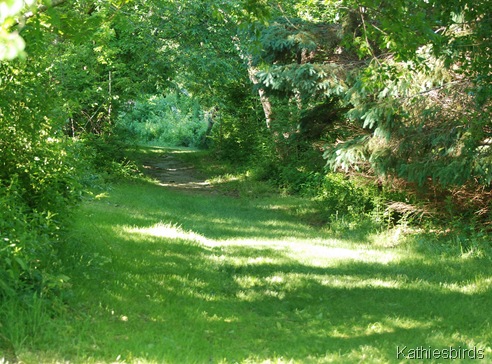 In this damp shade the mosquitoes swarmed! 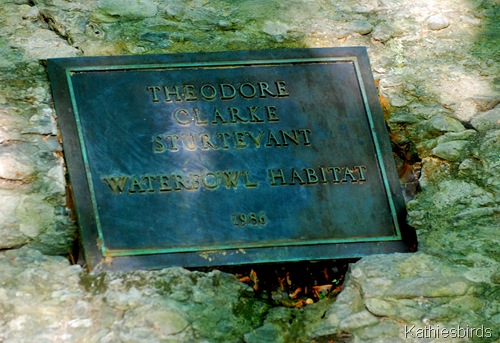 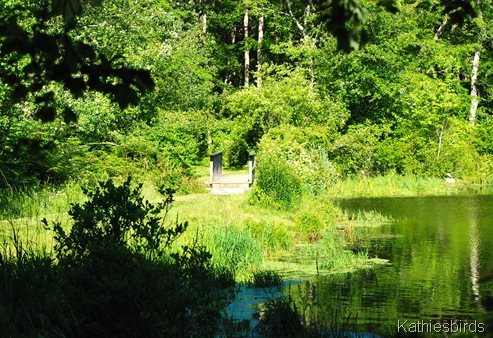 I heard a few catbirds, titmice, and downy woodpeckers. 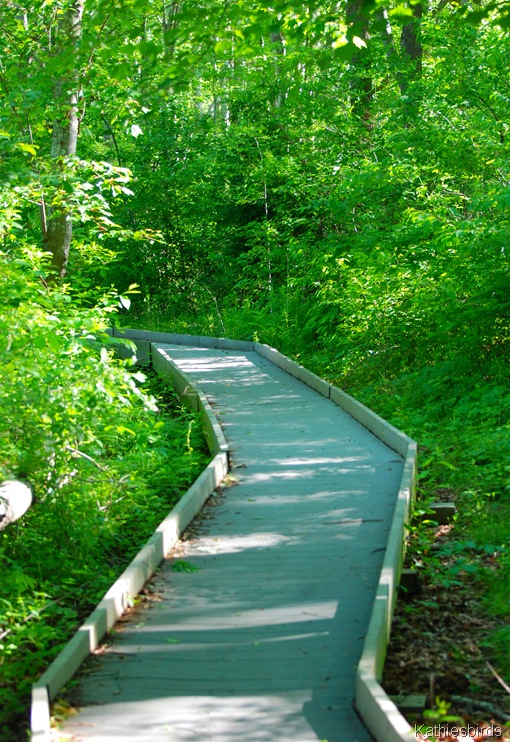 Along this trail I found Carolina Wrens and Eastern Towhees. 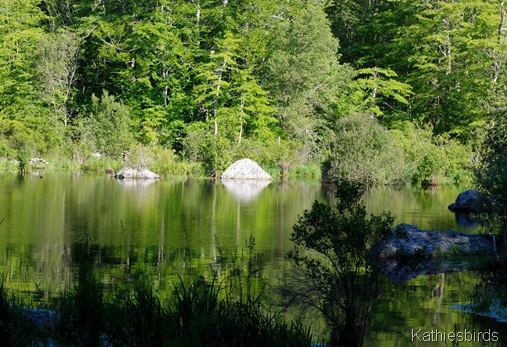 I was surprised there were not as many birds near the water, but I did hear the call of a Common yellow throat and a few Red-winged Blackbirds. 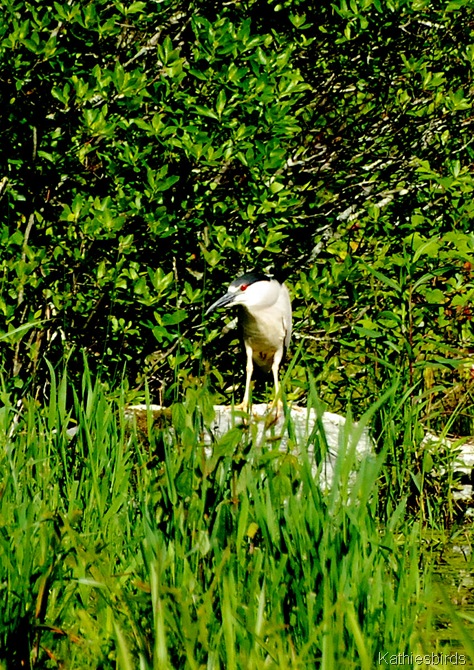 But the Black-crowned Night Heron was the only heron I saw. 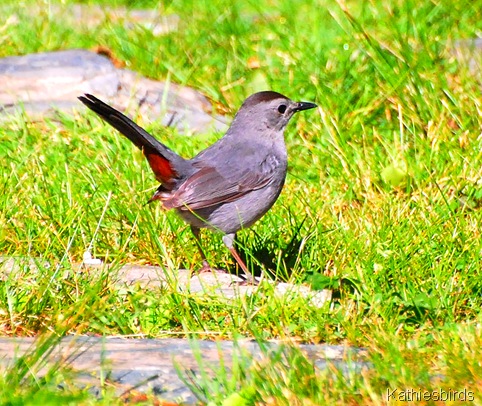 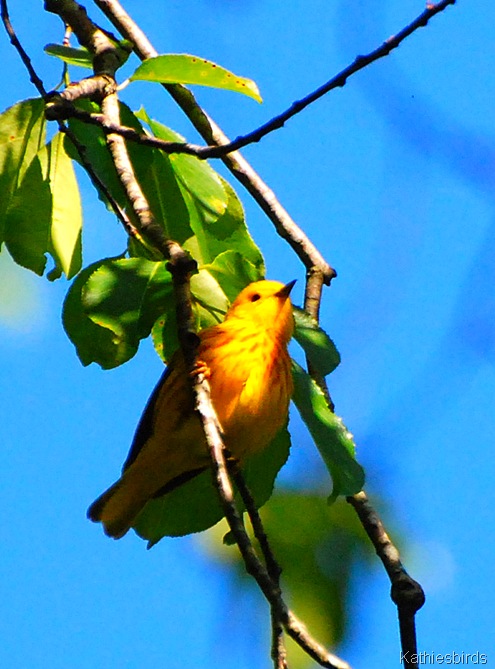 After crossing the bridge near the pond the trail wound up through the woods over rocky ledges and back down again to  a mixed woodland. I could just see the ocean beyond the trees with seagulls wheeling overhead and runners pounding by on the road. Near a little stream I saw a Ruby-throated Hummingbird and this yellow warbler. 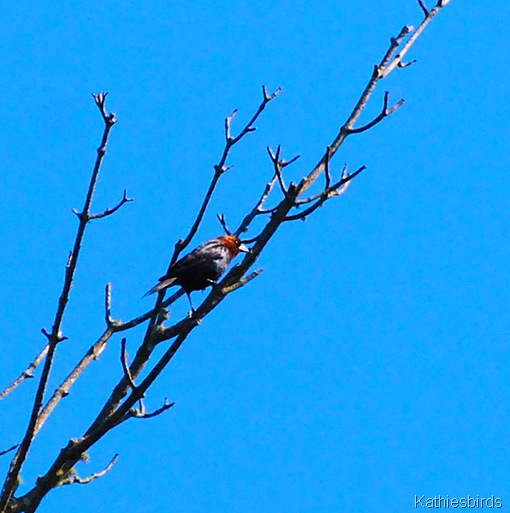 In an overhead snag a cowbird called. 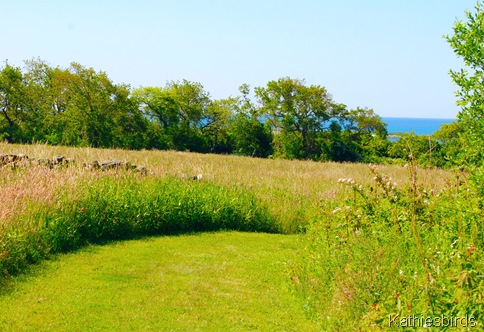 Ocean beyond the meadow

As the trail crossed a meadow before returning me to the original farm with the visitor’s center I saw a few sparrows and a Northern Mockingbird. A Red-tailed Hawk had a nest in a tall tree by the farm house. Once again there were birds everywhere and I thoroughly enjoyed my time here. The Norman Bird Sanctuary is an eBird Hotspot and definitely worth a visit! 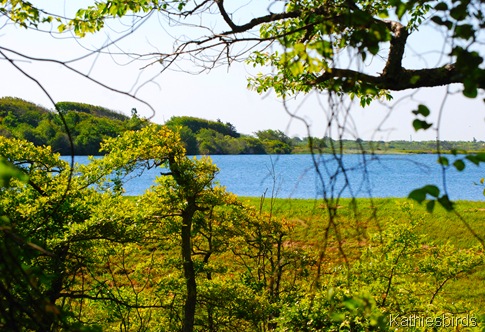 My Rhode Island Life List before and after birding at the Norman Bird Sanctuary:

(Bird species listed below bold type were seen at the same location/date.) In the end I spent 2 hours and 15 minutes at the Norman Bird Sanctuary and walked approximately 1.2 miles. I counted 31 species of birds here as well as 10 species I saw along the way while driving through town for a total of 35 species seen on this day. Obviously some birds were seen in town and at the sanctuary. 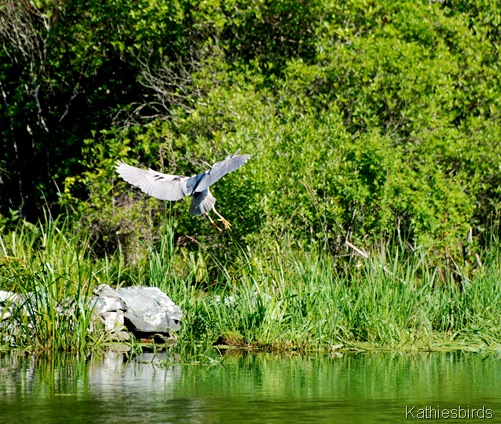