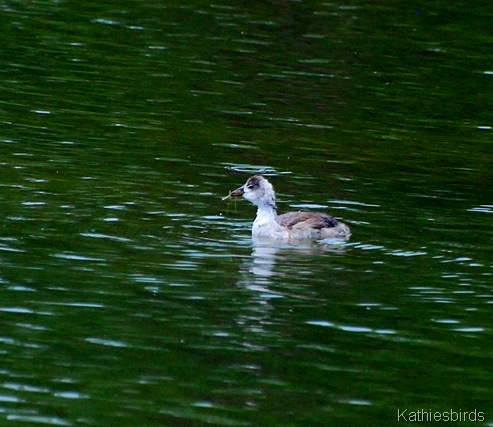 As rain chased us west out of Greer, Arizona we looked desperately for someplace to bird. Chris used his Smartphone to locate a few eBird Hotspots and we chose one close to the highway in Lakeside. With the sky as gray as the inside of s stainless steel pot we got out to count birds. At first I did not recognize this small funny colored bird. I thought at first that it was some odd kind of grebe, but a quick look at the beak helped me figure out that it was a juvenile coot in transitional plumage! I had never seen one in this stage of molt before, going form the stripy chick to the full black adult! It truly was a cute coot! 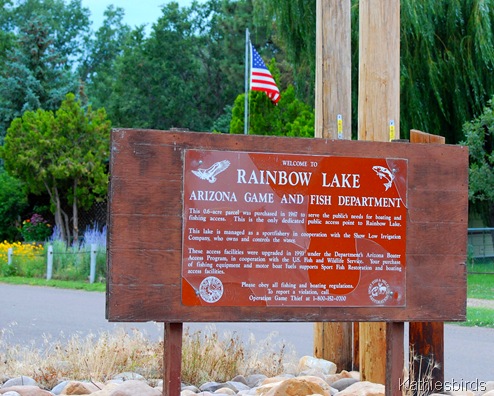 Apparently school had just gotten out because a bunch of teens were hanging out in the  parking lot of this lake, but we did not let that stop us from counting birds as storm clouds gathered! 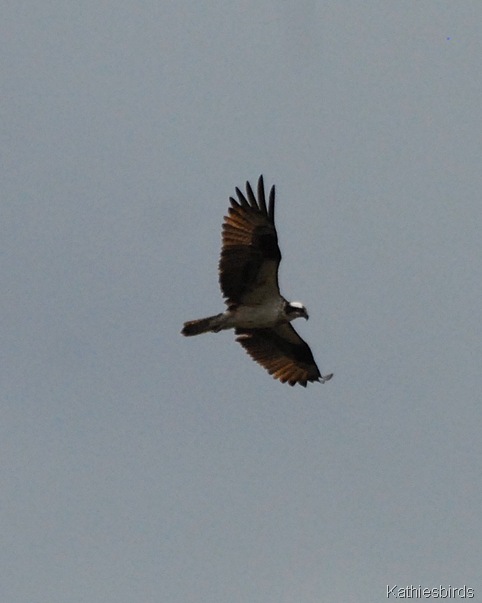 One of two osprey we saw at this location. 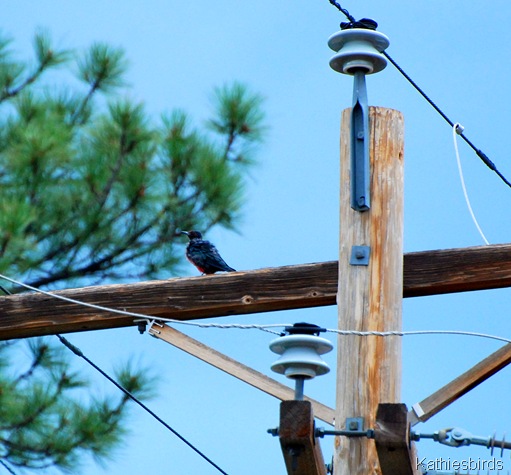 To our amazement we found more Lewis’ woodpeckers high on the utility poles! 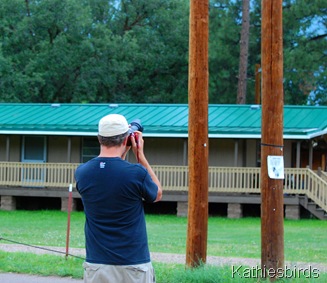 And while Chris snapped more photos… 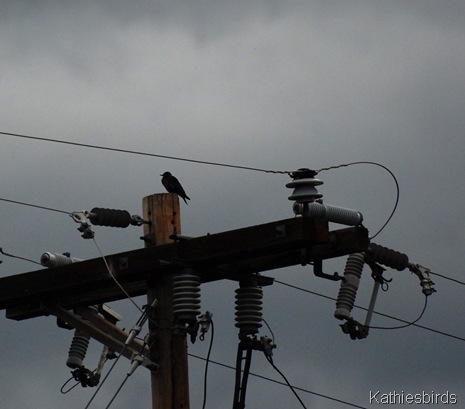 We jumped in the car and headed into town for something to eat after this. While sitting in Subway the rain came down in sheets and it looked like we were going to need an ark to get home. I was exhausted from getting only a few hours sleep the night before and the night before that, so Chris took over driving as we headed down out of the White Mountains and off the Mogollon Rim!

Note: Chris and I counted 14 species in 1/2 hour at this location.